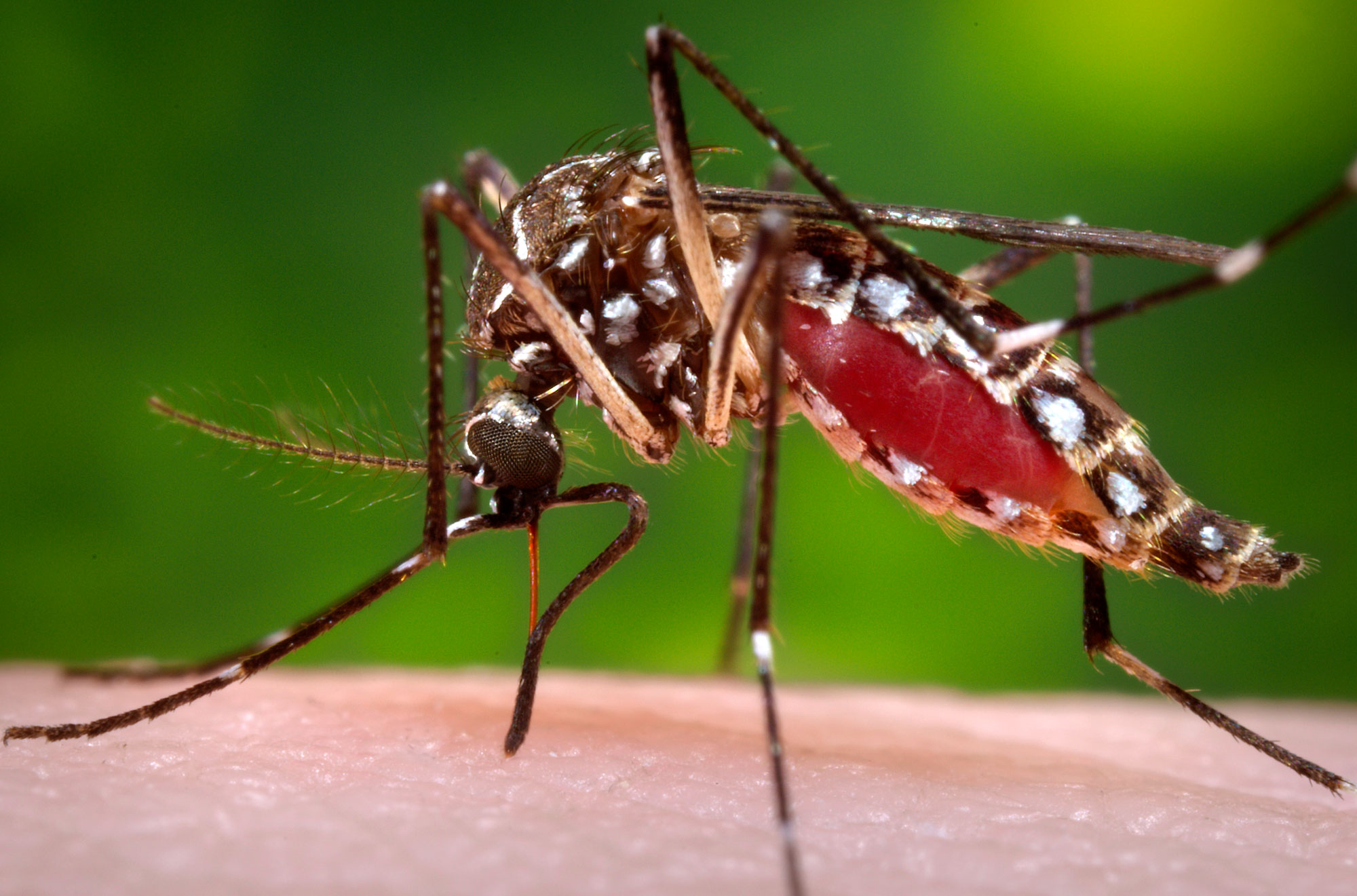 This 2006 photograph depicted a female Aedes aegypti mosquito while she was in the process of acquiring a blood meal from her human host, who in this instance, was actually the biomedical photographer, James Gathany, here at the Centers for Disease Control. The feeding apparatus consisting of a sharp, orange-colored “fascicle”, which while not feeding, is covered in a soft, pliant sheath called the « labellum”, which retracts as the sharp stylets contained within pierce the host’s skin surface, as the insect obtains its blood meal. The orange color of the fascicle is due to the red color of the blood as it migrates up the thin, sharp translucent tube. Note the distended abdominal exoskeleton, which being translucent, allowed the color of the ingested blood meal to be visible.

DF and DHF are primarily diseases of tropical and sub-tropical areas, and the four different dengue serotypes (DEN-1, DEN-2, DEN-3, and DEN-4), are maintained in a cycle that involves humans and the Aedes mosquito. However, Aedes aegypti, a domestic, day-biting mosquito that prefers to feed on humans, is the most common Aedes species. Infections produce a spectrum of clinical illness ranging from a nonspecific viral syndrome to severe and fatal hemorrhagic disease. Important risk factors for DHF include the strain of the infecting virus, as well as the age, and especially the prior dengue infection history of the patient.

What The FAKE @wtfproject_fr ·
16 Nov

What The FAKE @wtfproject_fr ·
9 Nov

What The FAKE @wtfproject_fr ·
2 Nov